I should preface this by saying that as I have a demanding job, and am taking this course for fun, I don't have the available time this week to go to some of the available museums or sites of archaeological interest in my area, though I'd have been happy to do so.

That being said, I have been to Masada, a site that at the time was undergoing archaeological study, which continues to this day.

Masada was a fortification and palace built deep in the Judean desert not far from the Dead Sea.  It figures prominently in the histories of the Jewish War against Rome.  The fort was held by Jewish Zealots under siege by the Romans, and is famed because when the Legionaires were about to breach the walls, the garrison committed suicide rather than be taken into slavery.

My experience there was not recent.  I went on a summer's stay in Israel in 1972 with a large group of teens from Southern California, and we studied, worked in agriculture, and toured the country for much of that summer.  One night, we boarded buses and drove towards the Jordanian border.  Nearing dawn, we climbed a goat path up the side of a mountain, reaching the top as the sun rose.  We were atop the mountain fortress, long torn apart.  Inside the ruins of the site's original synagogue, we had morning prayers and then later wandered the site.  Having reviewed photographs on Google Images recently, I can see that in the intervening decades much reconstruction has gone on, but at that time some quarried stones were apparent, and the bases of some walls.  We could look out over the surrounding terrain and see the campsites for the Roman legions that invested the fortress as well; Google Images shows me that these sites have also been worked on since those days.  All this history that had up to that moment been vague in my mind became more concrete.  I could comprehend the choices that my ancient brethren had to make.

In the grander scheme, the whole trip I chose to do to learn more about what it meant to be Jewish.  I went to Masada because that's where they took us, but in reality I went there because though I'd heard much about the Holocaust and other events of persecution, I really didn't have a clear understanding of Jewish identity.  Israel gave that to me, but especially climbing Masada did.  I enjoyed and treasured that very much.  Would I do that again?  Well, I'm not fifteen anymore, and though I could probably climb that goat path, they now have a sky cable to the top; I'm much more likely to use that means to get up there than hiking it.  Someday I expect to return to Israel, and when I do, I will see Masada.

I do not have my slides of the trip digitized, something that I will have to do someday, but here is a photo of the area that I found for download: 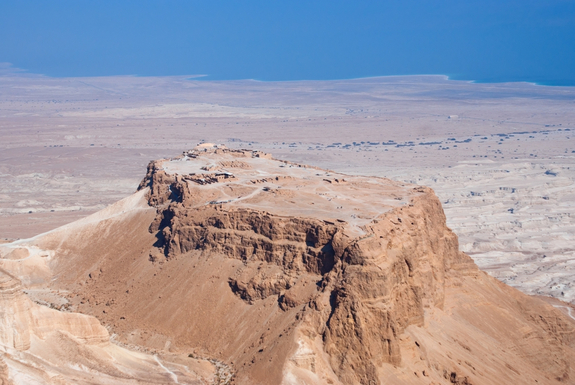 You can see the Dead Sea in the distance.

For good measure, here's a photo of one of the Roman camps: 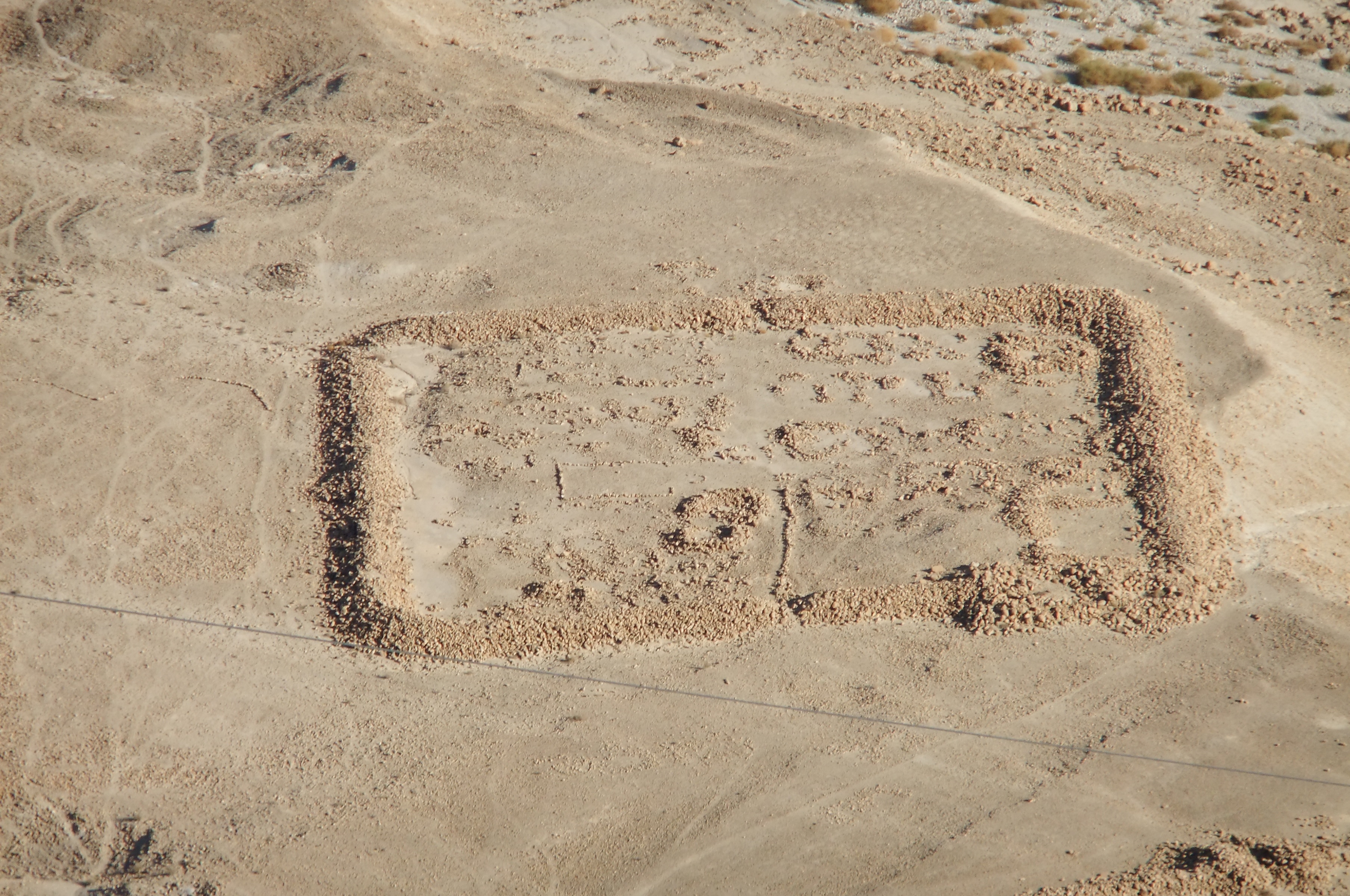